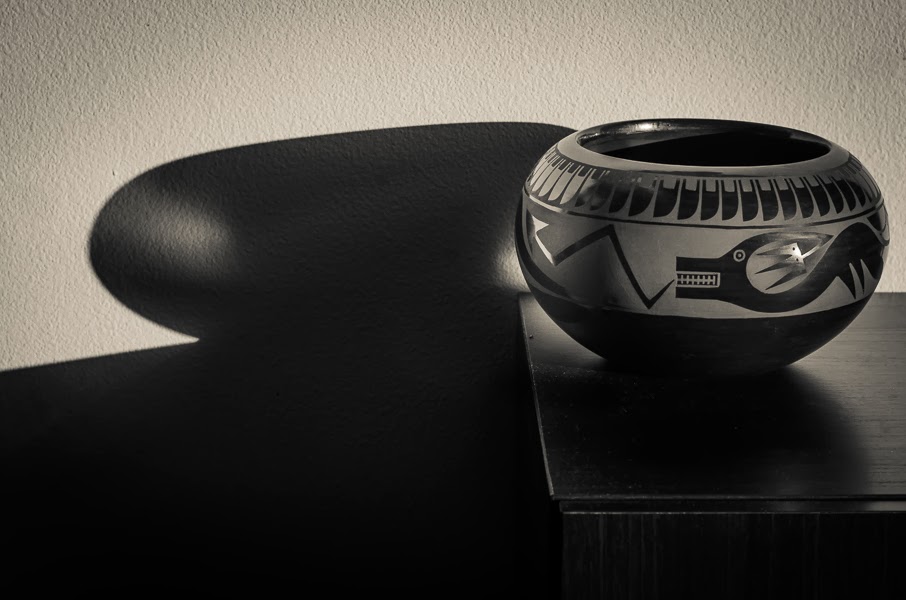 Another pot by a member of the Martinez dynasty of potters. It features a serpent. Avanyu is the horned water serpent which is interpreted as the first rush of water coming down an arroyo after a thunderstorm, a symbol of thanksgiving for water and rain. The avanyu became a common motif throughout the Southwest. This pot was made by Maria Martinez's great grandson Marvin and his wife, Frances. This style of black-on-black ware from the pueblo of San Ildefonso is often made by two people; one to coil the pot and burnish it to a high gloss finish and the other to specialize in decorating the piece with a contrasting matt slip before a heavy reduction firing. Happy Thanksgiving!